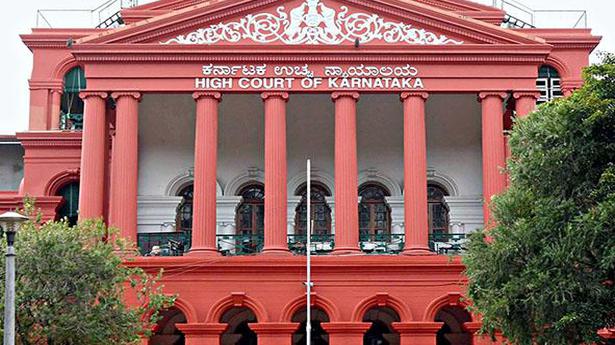 The High Court of Karnataka has declined to quash the prison case registered against a 76-year-old former Vice-Chancellor of Karnataka State Open University (KSOU) for alleged irregularities in tie-ups with non-public establishments. It mentioned there was “prima facie material to investigate the matter”.

Justice H.P. Sandesh handed the order whereas dismissing a petition filed by K. Sudha Rao, who was Vice-Chancellor of KSOU throughout 2003-2007.

The Mysuru metropolis police had registered an FIR against the petitioner and a number of other different former Vice-Chancellors and numerous non-public establishments. The FIR was primarily based on a criticism lodged by the Registrar of KSOU on November 20, 2019, over the unlawful signing of MoUs with non-public establishments past the territory of Karnataka.

KSOU had lodged the criticism primarily based on the path given by the Chancellor of the varsity after a one-man enquiry committee discovered grave errors within the signing of MoU with many non-public establishments for educational collaboration.

Based on the criticism, the court docket famous {that a} particular allegation has been made that “the university, right from the tenure of Prof. K. Sudha Rao, committed a grave error in entering into MoUs with many private persons, firms, societies, trusts, private companies etc., permitting them to admit students to various courses without seeking legal opinion from the State government”.

The severe allegation is that the college entered into MoUs with non-public establishments past the jurisdiction of Karnataka and admitted college students to numerous technical, paramedical, and on-line programmes, opposite to the provisions of the KSOU Act, pointers/directions issued by the Ministry of Human Resource Development, the University Grants Commission, the All India Council for Technical Education, and the Medical Council of India, the court docket famous.

While noting that the primary two such MoUs have been signed throughout Ms. Rao’s tenure, the court docket mentioned that the “…matter has to be probed to unearth the crime” when the criticism was lodged on the Governor’s path, primarily based on the findings of the one-man committee.