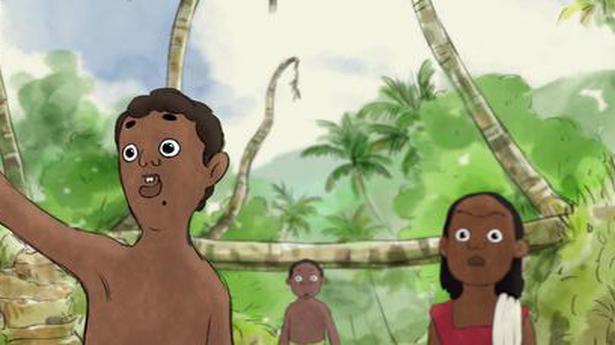 Two a long time in the past, Balaram J fell in love with cinema after watching movies of James Cameron. “I remember being awestruck by Titanic and Avatar. That is how I started to dream of being a filmmaker,” he remembers. Now 24 years previous, Balaram has not too long ago launched Oru Thudakkathinte Kadha, a Malayalam quick animation movie on YouTube. The film is impressed by his personal expertise of looking for the origin of a stream with his pal at his village known as Onakkoor in Ernakulam. “I have a vivid memory of it. It was a summer evening and we walked for a while till we reached a small pond from where it started. Our joy knew no bound at that discovery and we lay down beside the pond looking at the sky for a while,” he remembers.

Oru Thudakkathinte Kadha was completed as Balaram’s commencement challenge on the National Institute of Design, Ahmedabad. It runs for 11 minutes and 48 seconds. Though it’s about three buddies who go in quest of the origin of a stream, it delves into extra critical points. “Aisha and Ambadi have strong beliefs about the formation of the water body. I have attempted to bring the issues of religious intolerance and the importance of people living in harmony despite our differences.”

He conceptualised the story in March 2019 and mentioned the story with standard Malayalam filmmaker Lijo Jose Pellissery. “I have worked with him on his films like Jallikettu and Churuli. He guided me from the beginning and suggested that I go back to the place I grew up in and be with the kids to develop the innocence of my characters better,” he explains.

Balaram spent just a few weeks observing kids and the situation in Onakkoor. “I took photographs and also sketched out the stream and its surroundings. I wanted to make sure that I did not miss out on anything,” he says. Actor Manu Jose helped him to search out kids from the locality to enact the scenes. “He trained the kids and I recorded everything. Their movements and emotions were used as my reference for the animation.”

The hardest half for Balaram was the manufacturing. “I do not like to spend a lot of time in front of the computer. But I had to spend months inside my room, sketching, re-doing and editing. The movie took one year to complete,” says Balaram, who used TV Paint, After Effects, Photoshop and Premiere Pro for the challenge. For post-production, he labored with award-winning sound designer Renganaath Ravee, composer Sreerag Saji, and the artistic studio Eunoians.

Oru Thudakkathinte Kadha has travelled to greater than 30 movie festivals, together with the Bengaluru International Film Festival, Chaniartoon International Comic and Animation Festival, Greece and the Seoul International Cartoon and Animation Festival, South Korea. Balaram is now working on two live-action movies. “One is called The Lost Grasshoppers which reminds us that even a small patch of grass has an ecosystem dependent on it. The second project just started and I am working on its casting,” he concludes.